What I learned from my stint as a human milk machine… 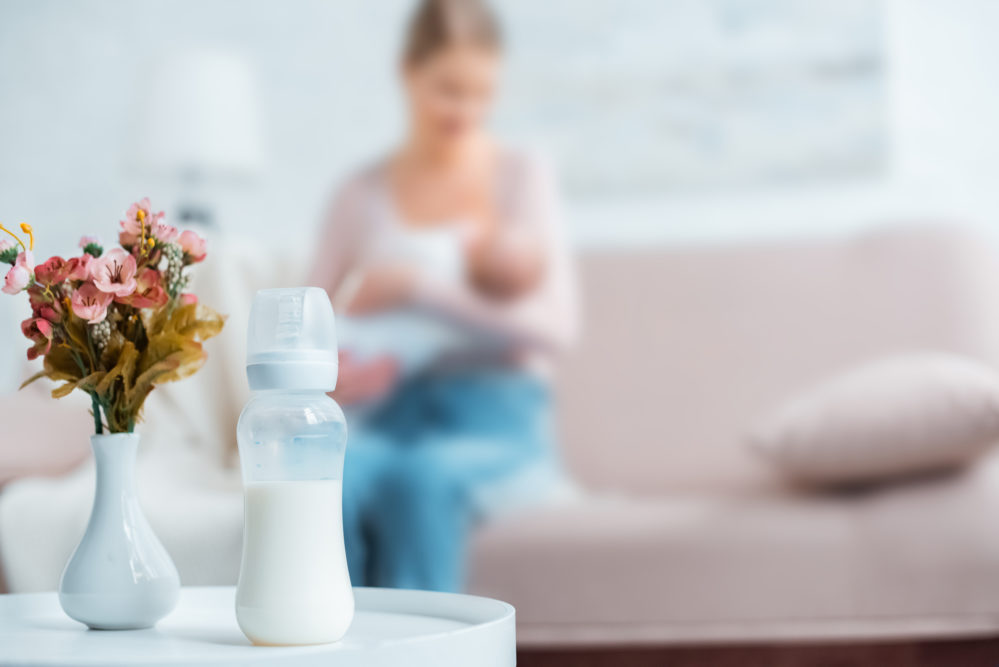 Posted at 12:00h in Breastfeeding, Mother's life by Isabelle John

Before the birth of my first son, I had many questions and worries. How will the labor go? When will I know to go to the hospital? What do I need to bring with me? How painful will it be? What would the recovery be like? …etc. These questions rattled my brain weeks leading up to my due date. So, the only logical thing to do was to prepare. I packed my bags, I read about the labor process and I sought advice from doctors and nurses.

Soon, the day came. I was nervous, but nevertheless I was prepared. We went to the hospital and within 12 hours, my son Cooper was born.  The birthing process was not nearly as traumatic as I thought it could be…it had all gone pretty smoothly with the aid of an epidural mid way through. I count my blessings for that! What followed though was no walk in the park…in fact, it was a place that I never thought I’d be.

Before, during and even after my pregnancy, one question never came to mind…will I be able to breastfeed? Well, of course I can! That’s what women do…that’s what mothers do! Our bodies are designed to carry babies and nurture them afterward. It’s powerful, it’s adaptable, and it’s a wonder of nature… so says every book and everyone I’ve ever encountered. And of course, why wouldn’t you breastfeed your child? It’s nature’s prefect formula for growing a healthy, happy baby. It has all the nutrients and antibodies they’ll need, it is personalized to the nutritional need of each child as he/she grows and it’s free! Flowing out of your breasts as demanded. That’s not to mention the emotional benefits of breastfeeding your child. It’s a peaceful time to bond, a moment between mother and child that will help to build a connection that would last a lifetime.

I bought into this narrative wholeheartedly to the point that I did not buy a single bottle or consider the need for an expensive breast pump. I assumed my body would go through this natural, beautiful experience with ease. After all, I am a healthy person with healthy habits.  My baby was born naturally and without problems. We are made to do this!

Looking back now, I don’t think I cared during those initial hours and days that my breastfeeding story would not go according to plan. I was too busy learning the right way to hold an infant to feed, the different positions of breastfeeding, knowing whether he was latching correctly, watching for his hunger cues. All the while dealing with the unrelenting pain of actually breastfeeding.  Never did I expect any pain from it…so much so that it felt worst than being in labour because it seemed like it was never ending.  On top of that, my baby hardly slept and when he was awake, he cried non-stop until I nursed him. I was frazzled and exhausted so I sought help. I asked nurses at the hospital, I went to lactation consultants. The general message was that I was doing it right, but it’s a learning curve and if I persisted, we will settle into a good, mutually beneficial routine.

“Don’t worry,” They said, “The milk will be enough to suit his growing need as long as you supply his demand.”

The weeks and months followed felt like a self-imposed prison sentence. I was feeding on-demand, which was like every 2-3 hours. Each feeding took about 1 hour and I would pump after to try to increase my milk supply. (Which was a whole other type of torture) My whole 24hour day was consumed with breastfeeding and I was consumed with increasing my supply because no matter how long I nursed him, my baby never seemed satisfied. He never slept longer than a couple of hours and he was cranky during the hours that he was awake. He latched well, sucked vigorously and was slowly gaining weight so I thought that it was working.  So why wasn’t I enjoying this? Why was it still painful?  Why did he still cry so much, especially at night? Why wasn’t my milk flowing out by now?

When my husband finally suggested that we start to supplement with formula, I was devastated. I reluctantly agreed but strictly controlled the amount.  My fear was that he would demand less of my breast milk if he was loaded on formula. Less demand, less supply… That was the logic in my head. Instead of listening to my body, to my baby’s hunger cues, I was listening to my voice in my head that told me to persist – Persist and you will succeed…

I persisted for 6 months, going through the motions and keeping up with the schedules. While increasing the bottle feedings as it became apparent that he needed more than I can produce. Until one day, he stopped demanding (likely because I had no more milk to give).

That. Is. Okay.  It’s not a reflection of you as a mother; it doesn’t mean your baby will be disadvantaged. It’s simply biology.

Had I accepted this fact during my breastfeeding saga and supplemented more, would I have enjoyed the process? Perhaps. Would my baby have cried less? Probably. But one thing is for sure, my baby and I would have slept more…and that in itself would have made those infant months more pleasant.

Now, as I await the arrival of my second son, I know that my body will do its best to nourish and provide (as it is already doing). But if it runs into obstacles and limitations, I have man-made solutions that are also perfectly sound. Do what works for you and your baby and forget about what should and could be. In the end the best thing you can give to your new baby and yourself is a calm and stress-free start to life, however that is achieved.

Yun is an expat mother living in Zurich, currently trying to keep it together so that her second child won’t be born into a family of bears…